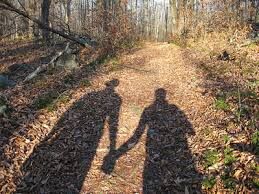 Welcome to the Fan Shipping Wiki[]

This wiki is designed to catalog and categorize fan relationship pairings of characters of all medias. TV, Movies, Cartoons, Anime, Web series and so on. These Ships can be platonic, romantic, hate ship (for those whom don't know that's a relationship in which two characters hate each other. This ranges from simple rivalries to downright archenemyism.) and surrogate, so Romance is not the only ship. It can be edited by anyone, so long as they follow the rules.

1. Unless it's in the character's name or you are quoting a line from the series to back up your Ship, foul language must be refrained from use.

2. Just because you can edit doesn't mean you can mess up the site. Be mindful.

3. Preferably the Ship should have implements from the medium you are shipping from. Such as word plays and actions that hint. Also you can include the things they have in common as part of the reason.

Other than that have fun.

Community content is available under CC-BY-SA unless otherwise noted.
Advertisement