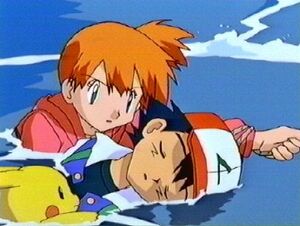 This page covers the shipping of Satoshi and Kasumi from Pokémon. They are known as Ash Ketchum and Misty in the dub. This shipping is known as PokéShipping in the Pokémon fandom.

Retrieved from "https://fan-shipping.fandom.com/wiki/Satoshi_X_Kasumi?oldid=5689"
Community content is available under CC-BY-SA unless otherwise noted.